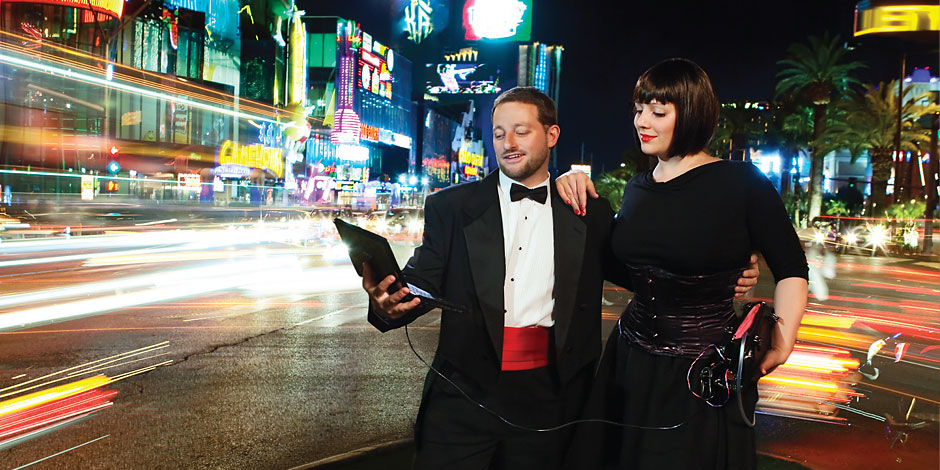 As a person’s heart rate rises, the corset tightens, automatically ensuring the practice of standing up taller by tightening the stomach and enhancing the chest, and indicating to the wearer, before they are cognitively aware, that they are attracted to someone.

The Experience
The wearer is out, socializing and being seen; suddenly as they meet someone new, their pulse quickens, and just as suddenly, the corset begins to tighten, hugging them in a tight, all encompassing embrace, released only by a concentrated effort to calm down and lower their heart rate. Examining the physiological effects of being attracted to someone and translating that into a tangible result asks the question, “how can one be more aware of the moment of attraction?”

How it works:
Using a Polar Heart Rate monitor and receiver chip, the heart rate of the wearer was successfully interpreted using the Arduino board. If the wearer was relaxed and their heart rate rose above a certain level, they would feel the result as a tightening of the corset through the use of air being pumped into an inner lining in the corset. This would stay inflated, squeezing the user, until they became relaxed enough, and lowered their heart rate again, and would then deflate.

The corset was an excellent example of taking multiple people’s backgrounds and putting them to use to create the functionality. Originally, motor controlled hands were suggested to squeeze the corset shut but we settled on a less aggressive approach, turning to high velocity flight suits as inspiration (as they go up, their blood wants to go down, so their suits prevent this), and we instead used air sacks, which inflated to ‘tighten’ the corset. You can see our prototyping video here.

Making an advertisement
SparkFun, an electronics company with a fantastic community of people making cool projects and sharing them with the world, invited us to do an advertising campaign with them. The campaigned features SparkFun customers who have made intriguing projects with SparkFun products. The photoshoot took place in Las Vegas, right in the middle of the Las Vegas strip. We had a truly fabulous time and loved the resulting advertisement and ‘behind-the-scenes’ video. VisitSparkFun’s page about the creation of the ad to learn more.

Many thanks to Femme-Fatale.dk and SparkFun for their generous support of this project!