A new tool for Diabetics 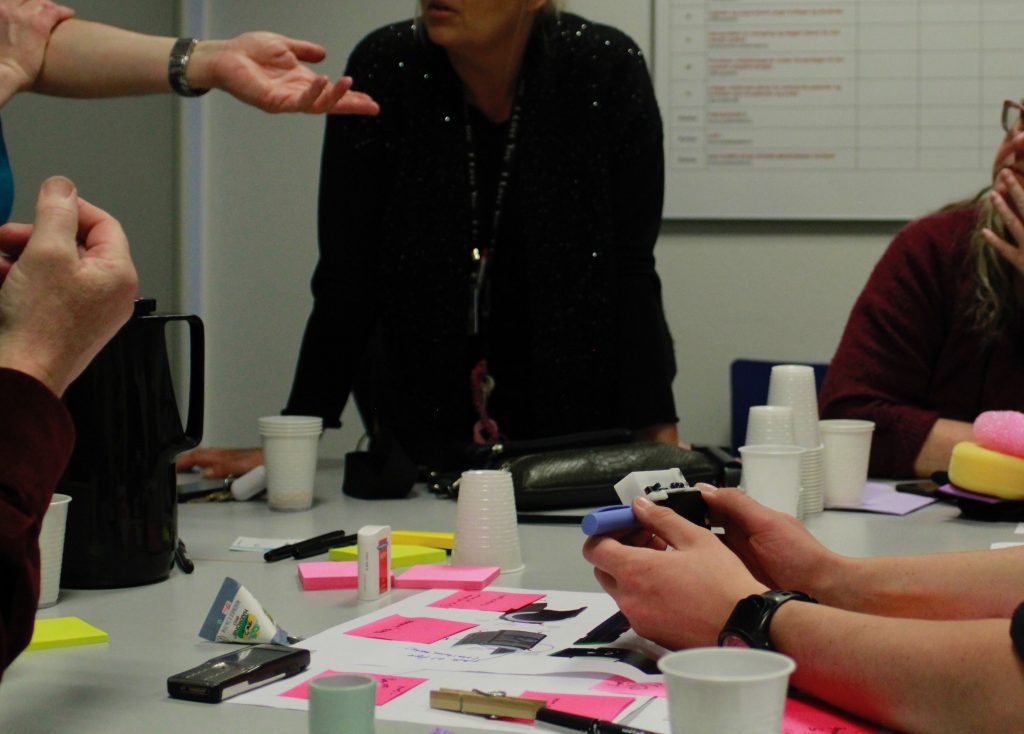 A new tool for Diabetics

Remembering whether or not you’ve taken your insulin shot is a challenge for many diabetics, especially those who are newly diagnosed, and trying to create good habits. Working with Nico Design, a Danish design firm who conceptualized the idea, Vanessa led a team at IdemoLab, DELTA to explore the problem domain, understand the experience for users and create and test a prototype for a clip-on timer for insulin pens.

To fully understand the challenges faced by both seasoned diabetics who have taken insulin their whole lives, and those who are newly diagnosed, we began with a series of workshops in collaboration with SDSI and invited people to join a series of workshops where we explored their challenges, everyday routines, and frustrations with current solutions. Through these workshops, individual interviews and home visits, we created a portrait of what the major roadblocks were for remembering whether or not an insulin shot had been taken, and the practices that these diabetics currently use to help themselves remember. These included things like placing the insulin pen in a particular spot before a shot had been taken and in another spot, afterwards. In this way, they could know if they had taken a shot. Understanding their daily experiences and their relation to taking insulin was a vital part of creating a prototype.

Using 3D printing, IdemoLab, DELTA iteratively designed a series of prototypes for a clip-on attachment to existing insulin pens which could tell people when they took their last shot. The main focus of this project was to simplify, no extra buttons, apps, or work, just giving peace of mind to the people using the device.

Read further about the project here and here.